Twenty-five years ago, James Davidson was ahead of his time. Working for a large waste-hauling company as a driver, he was seeing everything you can imagine being thrown into dumpsters. That included tonnes of food waste and other organic material. “I felt there was opportunity lost,” said Davidson. “I knew food and other organic waste – flowers for example — could be recycled into useable compost, but no one was doing that at commercial scale in Ontario. So, I bought a rear-load garbage truck and decided to start a business – Davidson Environmental.”

What was once a one-truck operation, with Davidson behind the wheel, has now grown to 12 trucks, with run of up to 1,200 kilometers round trip from its headquarters in St.Catharines, Ontario. Company trucks travel as far as Windsor, near Detroit, on up to areas around Owen Sound to the north.  Davidson Environmental provides the recycling bins, picks up full totes, and drops off clean ones for future use. 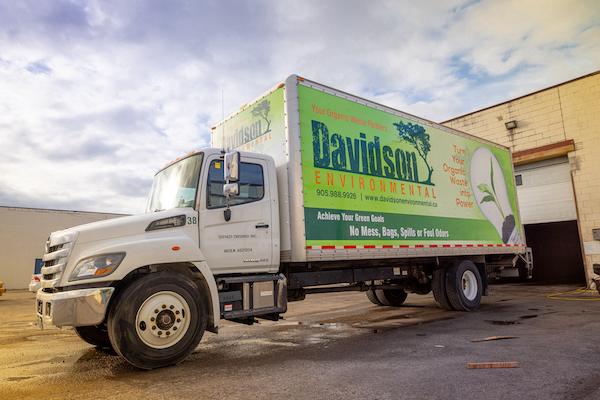 The company continues to grow with grocery stores, restaurants, hotels and other institutions, which understand the importance of being ‘green’ through recycling. In 2021, the company is expected to recycle more than 11,000 tonnes of food and organic waste, while generating more than 160,000 kilowatts of electricity through thenatural gas it harvests from organic biomass. Leftover slurry is then used to make fertilizer.

“We’ve come along way from our humble beginnings,” said Davidson. “We now have a separation press system at our facility so we can separate organic from non-organic material. For example, the machine can separate a granola bar from its packaging – so we’re no longer hindered by food packaging.  The waste to slurry biomass we make is then moved to oxygen-free tanks where the gas it produces is converted into electricity and put back into the power grid. We can produce 1 megawatt per hour.”

As Davidson Environmental uses advanced technology in its facility, it’s not shy in utilizing technology in its fleet of trucks. “As we expanded, we needed to start using more technology on our Hino day cabs,” said Davidson. “A few years back we saw the writing on the wall when it came to ELDs, and did our research – deciding to implement Geotab. It was an easy-to-use platform and had the features we were looking for. While exploring the Geotab marketplace, we ran across Drivewyze PreClear and investigated how weigh station bypass service could potentially help us. We found Drivewyze not only offers weigh station bypass throughout the U.S., but also has an Ontario-only bypass subscription, which was of interest to us since we only travel in Ontario. And ‘turning on’ Drivewyze through Geotab was very simple – it only took a few minutes to enable Drivewyze PreClear through the Geotab platform.” 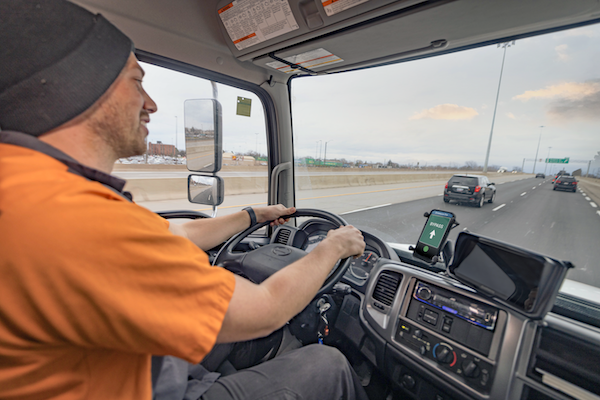 According to Davidson, there are six weigh stations that dot the logistics map where Davidson trucks run in Ontario (Drivewyze offers bypass opportunities at 44 weigh stations in Ontario). “One is located 15 minutes away, near Niagara Falls,” he said. “Before Drivewyze, we were following all the other trucks into weigh stations, which meant a seven or eight minute delay at the inspection site. But, if the inspector decidedhe or she wanted to conduct a Level 1 inspection, itwouldtrigger up to a 1-1/2 hour stop. That made things really tough on our longer runs where we run around 12 hours. Throw in bad weather, and our hours got awfully tight.”

As a former driver himself, Davidson immediately saw the benefit of using his company’s good safety record in the form of weigh station bypasses, which has meant up to 26 bypasses in one month for one of Davidson’s drivers. “We have a bypass rate upwards of 95%,” he said. “While the bypasses our drivers receive help save us time and money and keep us moving, the biggest benefit to me is helping our driver retention.  Drivers like to drive and not knowing the detention time when entering a weigh station can be unsettling. Drivewyze gives our drivers peace of mind knowing they’re likely to get a bypass and can keep driving.” 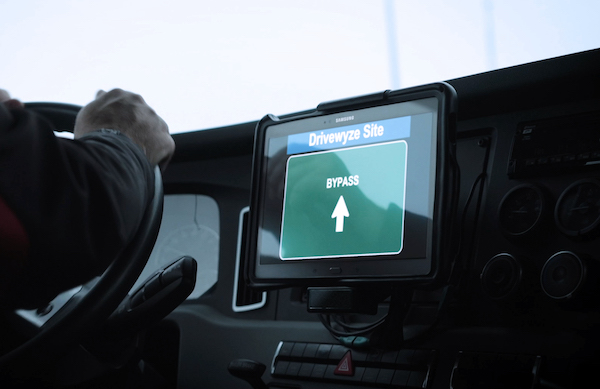 “It’s a big benefit, no doubt,” said James MacEachern, who has been driving for Davidson Environmental for the past 3-plus years. “Drivers appreciate the company providing the service – it makes our job easier. This last Saturday, for example, I drove for 13-1/2 hours and bypassed three weigh stations in London (twice – eastbound and westbound) and Vineland. In the old days, I would have had to pull in automatically if the weigh station was open. That would have cut my day close to exceeding my 14 hours. Drivewyze really helps out, especially on our longer runs.”

According to Davidson, business will continue to grow as social consciousness toward recycling continues to grow. “There is a movement in going green and combatting global warming. What’s good for the earth is also good for us andwe will grow with the opportunities,” he said. “Our drivers are one of the keys to our success and we want to provide tools and services that make their job easier. And Drivewyze PreClear is one of those tools. We couldn’t go back to the days of sitting and waiting for clearance at weigh stations.”

Doug Siefkes is business writer from the Seattle area. He’s written about transportation related topics for more than 30 years. For more information, visit https://www.davidsonenvironmental.ca/ or https://drivewyze.com/.