In the modern world, we see the rapid extinction of fossil fuels. The problem is compounded because the adverse effects of using fossil fuels such as global warming and the greenhouse effect are also becoming prominent. Now is the time we need to invent new ways to produce alternative energy sources and origins.

With this goal in mind, scientists have devised the waste to energy (WtE) process. It is also known as energy from waste (EfW) in some locales. The main goal of this process is to either directly produce usable energy or to produce substances, such as heat, electricity, or biogas, which can be used to fuel processes to create usable electricity. The best part about the waste to energy solution is that it also eliminates the world’s garbage problem.

There has been an enormous increase in the municipal solid waste our cities produce every day, week, and month. There are health concerns and environmental impacts of the improperly disposed of municipal solid waste. Some cities have devised artistic garbage cans, to collect this waste. But the waste matter created by three billion people is still improperly disposed of. 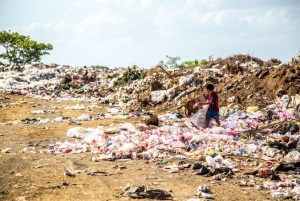 The squandered waste matter becomes part of landfills or has a tremendous negative effect on the environment. The municipalities which can hygienically and successfully collect and transport waste can implement waste to energy solutions. If they do not have the finances or the leaders are unable to conclude, waste to energy solution can never come into existence.

“It is a responsibility of every citizen to remove garbage”, says; Maria Garcia, Research Analyst at Crowd Writer.

Collecting waste is one part of the process. After collection, the trash needs to be hygienically transported to the waste disposal area. Throughout the process of collecting and transportation, there are several guidelines that need to be followed. Food which is wasted because of the expiration date mixup is the easiest to collect and transport. But all the other forms of waste also need to be gathered sanitarily. 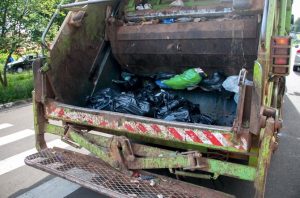 Each process to create electricity from waste has a unique requirement to be implemented successfully. If any of the conditions are not fulfilled properly, the productivity of the entire process declines. Even after the process is complete, the byproducts need to be stored appropriately. If any government or municipality does not have the proper facilities, they will be at a total loss.

Processes for Converting Waste to Energy

“There is nothing of the sort as ‘away’, when we throw anything away it must head off to someplace”, says; David Smith, Psychological expert at Premium Jackets.

Waste can be in many different forms. The most common forms of waste are a solid and liquid waste. But solids can also be divided into many different categories, depending on the process which is about to follow. All of these processes are used to create electricity. Each method has its advantages and disadvantages. 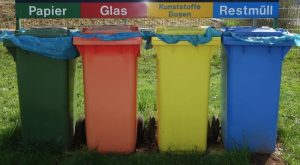 The procedure needs to be followed flawlessly for these processes to be effective in producing electricity. Skipping a step or not following a procedure will ultimately lead to reduced production. If the procedure calls for specific kind of waste, such as non-metal solids, not following the instructions will also lead to the reduced or stalled output.

Incineration is the process of burning waste to produce electricity. One of the benefits of incineration is that it eliminates landfills. Landfills are the reason why pests and diseases take place. An incinerator with a capacity of 250 tons produces 6.5MW of electricity. The entire facility looks just like an industrial structure. After incineration, only 10% of the original waste remains. 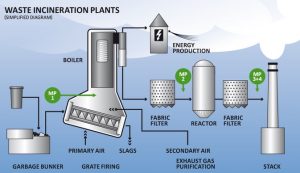 Pyrolysis can be considered as a form of incineration which is carried out without the presence of oxygen. “Pyro” is the Greek connotation for fire, and “lysis” is Greek for separation. Pyrolysis is conducted at approximately 800°F or (430℃). Pyrolysis is usually conducted using vehicle tires. There are different forms of pyrolysis which can be performed depending on the nature of the constituents. 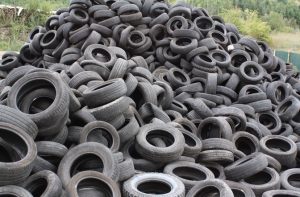 Tires take up a long time to decay if disposed of in a landfill. Once the pyrolysis process is complete, the tires become oil, gas, and carbon soot. Initially, the tires become oil gas after the condensation process is complete, it becomes liquid oil. Diesel is also a product of the chemical reaction. Pyrolysis is not a process to recycle used electronics, but it can create different kinds of oils for vehicles. 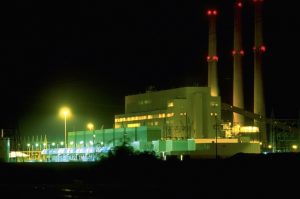 Thermal depolymerization can only be done with elements which have a long molecular chain. Elements with a short molecular chain, for example, carbon dioxide or methane cannot be transformed into oil. The oil finally produced by the reaction is pure. The oil does not contain any sulfur or nitrogen.

Gasification is a process similar to combustion, but it is not entirely combustion. Gasification does not use large amounts of oxygen. The oxygen is mixed with steam, and extraordinary pressure is applied. These conditions give rise to a series of chain reactions. The steam produced is used to drive turbines which generate electricity. The electricity is transferred directly on to the national grid. 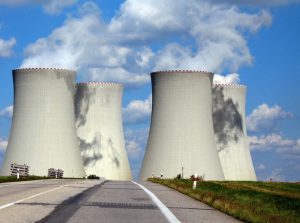 The gasification process does not require any fire or incineration. Gasification is often preferred over the other methods because it does not involve burning, and there are no toxic byproducts. In gasification, the greenhouse and CO2emission is much less in comparison to incineration. 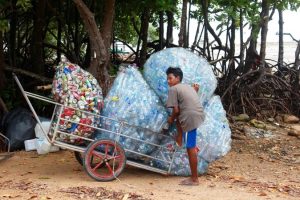 Another problem is that the plant requires qualified personnel to run the foundry. Given the right compensation, people will be ready to work. Collecting the waste from the entire city and sanitarily bringing it back to the factory requires management on so many different levels. Government officials in third-world countries are quick to take on the responsibilities to receive funds officially, but they rarely deliver on their promises.

Benefits of Waste to Energy Resolutions

One of the main advantages of successfully implementing waste to energy solutions is that it has a positive effect on the environment. Instead of enormous amounts of waste ending up in our seas, rivers, oceans, and landfills, it can be used to create new resources. There are a vast number of one-time-use plastics which end up in landfills and the environment.

The plastic waste products also harm animals. Some animals mistakenly eat plastic waste as a source of food and ingest it. The plastic trash can become a solution to the problem with the help of waste to energy solutions. Not only is the environmental effect of disposing plastic minimized, but energy is also created in the disposal process. Third-world countries have the most to gain from these solutions if they are appropriated implemented.

Stella Lincoln is employed as the Health and Psychology tutor for KingEssayUK. She has done detailed research on environment-related issues. Stella is also a visiting faculty member at Educator House, where she often conducts seminars.

How Important Sustainability is to the Modern Consumer

The City of Philadelphia, PA Partners with On-Demand Clothing and Electronics Recycling Company, Retrievr, For Free Home Pickup For All City Residents

EPA Emphasizes the Need to Continue Cleaning and Disinfection Practices