Oceanside, CA and Cigarette Pollution Solutions Team Up to “Butt Out” Cigarette Waste

Installing cigarette disposal receptacles downtown and in high traffic areas has helped the city of Oceanside keep its streets and beaches cleaner by disposing of more than 170 pounds of cigarette butts in the first four years of implementation.

Oceanside, CA, the northernmost city in San Diego County, is centrally located between Los Angeles and San Diego, and has a population of approximately 167,086 according to a 2010 census. The City strives to provide a beautiful community and protect the environment for its residents and tourists alike. The Oceanside Public Works Harbor and Beaches Division and the Water Utilities Department Clean Water Program (CWP) implement programs that help keep the community clean and protect the local environment.

The Harbor and Beaches Division provides quality public facilities and services to Oceanside residents and visitors alike in the harbor, beach and pier areas. The division is committed to the highest level of service in the coastal area focusing resources and management to enhance the facilities and to serve the diverse array of users. Says Cynthia Mallett.

Environmental Specialist for the Oceanside Clean Water Program, “The CWP strives to improve water quality in local creeks, rivers and the Pacific Ocean while complying with federal, state and regional environmental regulations. Many pollutants can reach these waterways and negatively impact the health of swimmers and bathers, wildlife and the local economy.” The Harbor and Beaches Division and the CWP constantly work together to implement programs to reduce water pollution. These programs focus on both education outreach and installation of structural controls to address specific pollutants.

Oceanside is located at the downstream end of two watersheds that have publicly accessible beaches. One of the most common pollutants found in the environment is cigarette butts. Thousands of cigarette butts are transferred to coastal beaches from communities upstream in the watershed. Discarded carelessly by residents, tourists and people upstream in the watershed, the harbor and beaches division become motivated to install the cigarette disposal receptacles around the city because of the thousands of cigarette butts found in the sand, parking lots, and high foot traffic areas of the harbor and beaches. The City of Oceanside cannot control this debris entering major waterways from upstream but has worked on reducing the problem within its jurisdiction.

One of the most effective programs implemented to prevent cigarette litter pollution was the installation of cigarette butt receptacles in the harbor and beach areas of the City and in downtown and high foot traffic areas. “The Harbor and Beaches division did this because of their commitment to provide quality services to the harbor and beaches area of the City,” says Mallett. “This program assists the city in meeting the requirements of the Federal National Pollutant Discharge Elimination System (NPDES) Permit in order to implement water pollution control programs.” The local NPDES Permit applies to 21 San Diego County jurisdictions and agencies that affect over 3.5 million people.

The Butts Only Box®

Ken Beckstead, a local Oceanside resident who designed the Butts Only Box®, noticed a significant amount of cigarette butts on the ground near the entrance to the Sportfishing dock in Oceanside Harbor. This area of the harbor is where customers wait to board boats for Ocean Sportfishing. Beckstead approached the Harbor and Beaches division and requested to install a complementary receptacle at the Sportfishing dock. Two days later the box was full of cigarette waste. “The city acted very fast when that first box proved it was needed,” says Beckstead. Demonstrating that this receptacle was very successful in reducing cigarette trash from littering the ground, the City contacted Butts Only Box to purchase and install 11 more receptacles throughout the harbor and beaches area within two months.

Being located next to the Pacific Ocean, the salt content in the air can wreak havoc by eroding metal surfaces. An additional benefit is that since the Butts Only Box® is made from Stainless Steel, corrosion from the salt air is minimized. Key locks used to secure the maintenance door on the receptacles are affected by the salt air and require replacement on occasion. The locks last about a year on the beach if they are kept oiled with WD40, while inland they last for years.

Based on the success of installing the receptacles in the Harbor and Beaches area, the Clean Water Program installed receptacles in other parts of the City where cigarette litter accumulates in high concentrations. Through collaboration with a local non-profit organization called I Love A Clean San Diego and the downtown Oceanside business improvement district, Main Street Oceanside (MSO), grant funding was secured from Keep America Beautiful to install receptacles in the downtown area and at two other locations in the City. The downtown area is where MSO manages the daytime Farmers Market and the evening Sunset Market that attracts hundreds of people on a weekly basis. Two local business owners were asked to service the receptacles which were placed outside of their business. MSO also services the receptacles during heavy use months. “Cynthia was instrumental in expanding the cigarette litter program inland to the downtown area where the local farmers market is every week,” says Beckstead.

As part of the servicing contract of the receptacles, the number of cigarette butts and the weight of the debris is provided to the city on a monthly basis. As a result of these receptacles being installed, 454,953 cigarette butts (170 pounds) were properly disposed in the first four years of the program. (February 2008 – May 2012). Provided to the San Diego Regional Water Quality Control in annual regulatory reports, this quantitative data provides clear evidence of the success of the receptacles.

In 2013, a project was funded by Keep America Beautiful (KAB), a non-profit organization whose mission is to build and sustain vibrant communities by engaging individuals to take greater responsibility for their environments.  The project, using KAB’s successful Cigarette Litter Prevention Program, was a collaboration between KAB, Caltrans, Keep California Beautiful, Action Research and Ken Beckstead of Butts Only Boxes®,the supplier of the ash receptacles.

Keep America Beautiful and Caltrans were motivated to seek out ways to keep rest areas free of cigarette-butt litter. Given the large numbers of visitors at California rest areas, installation of ash receptacles has the potential to have a large positive effect on the cleanliness of these sites. KAB contracted with Action Research (a research and marketing firm that specializes in the application of social science research to outreach programs that promote clean, healthy and sustainable communities) to conduct a study on the effectiveness of ash receptacle and signage installation. The study sought to understand the effect of the presence of receptacles on cigarette smoker disposal behavior, and the most effective locations to install the receptacles. Researchers observed smokers’ disposal behavior prior to receptacle installation and again post-installation, and measured the influence the receptacles had on proper cigarette-butt disposal.

The findings from this research indicate that there are ways to greatly improve proper disposal of cigarette butts at rest areas. The study showed a 5.5 percent increase in proper cigarette butt disposal at sites with ash receptacles installed. This research also gave the ability to recommend the most effective areas to place ash receptacles and signage to get the maximum benefit. Observations showed ash receptacles should be installed closer to cars and truck parking lots, especially when there is a median that separates the lots.  Signage should be clearly visible to prime the desired behavior. Many smokers either began or finished their cigarette in very close proximity to their vehicle. Distance to a receptacle is a strong predictor of littering behavior, therefore increasing the number of ash receptacles would also decrease the cigarette-butt litter onsite, and the amount entering storm drains as run-off. The Caltrans pilot program collected over one million butts the first year at 11 rest areas including the Golden Gate Bridge. 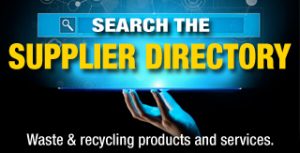 After the Storm: We Make Mulch | Vermeer Recycling Equipment 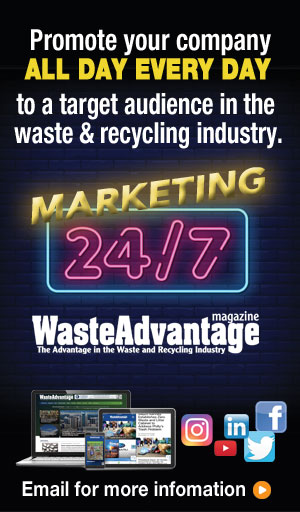