Your locomotives should be viewed as another piece of equipment vital to your operation. The same level of cleanliness and order should be employed here as anywhere else in your facility.

There is a continuous push by railroads to incent customers through rail rate differentials to ship more cars per train and that in turn requires larger shipping and receiving rail yards. To simply handle larger trains or more railcars per shipment, a shipper or receiver generally needs to move away from traditional railcar switching methods, such as track-mobiles or front end loaders equipped with couplers, to more capable methods using industrial locomotives. Industrial locomotives are generally classified as those that are less than 1500 horsepower and most are four axle locomotives designed to accommodate tighter turning radiuses than say six axle road locomotives.

Running locomotives and pulling large groups of railcars is significantly different than the one to three railcar switching operations a typical transfer yard or landfill operation is accustomed to. A bent toward safe locomotive operations is important which is why this month’s article focuses on basic, important locomotive safety measures from which industrial shippers can benefit.

In the late 1960s, I began my railroad career as a Laborer. I worked in both the Car Department and the Roundhouse doing the tasks that more skilled personnel didn’t want to do. I didn’t realize it at the time but this experience gave me a lot of information that I still draw from today. The locomotive engineers that I came in contact with were very fussy when it came to the condition of the locomotives that they operated. Items that seemed minor to me were not viewed that way back then. I was reminded that a 100 car loaded train with 100 ton cars meant that they were pulling over 26 million pounds, which are difficult to get moving from a dead stop and difficult to stop when in motion. Any conditions on the locomotive that hindered the reaction of the engineer or the performance of the locomotive could have disastrous effects.

While industrial switching rarely involves moving and stopping 100 loaded cars, the standards of safety should be the same.  Let’s touch on a few of them that are low hanging fruit but very crucial:

These are just a few very simple items that can save an injury or equipment damage.  There are many more that can be implemented to increase the safety of your operation.

Vital to Your Operation

Your locomotives should be viewed as another piece of equipment vital to your operation. The same level of cleanliness and order should be employed here as anywhere else in your facility.

Steve Christian is the Manager Value Creation-Railcar Performance Manager for Tealinc, Ltd. Steve’s career includes positions as Vice President & General Manager of DTE Rail, Regional Manager PRB for Progress Rail and a wide variety of railcar mechanical experience from Carman on the Burlington Northern Railroad to Assistant Shop Superintendent on the Rock Island Railroad. He can be reached at (308) 675-0838 or via email at [email protected] 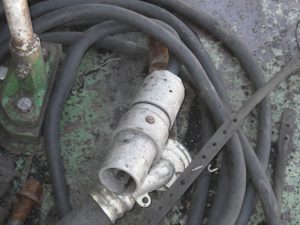 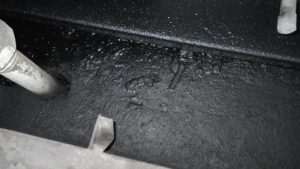 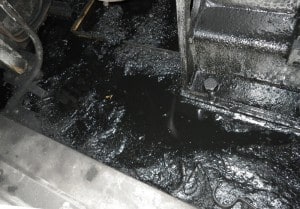 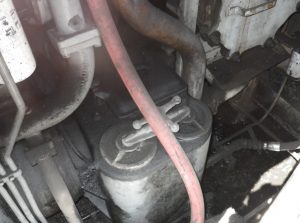 Many Big Apartment Complexes in Lansing, MI Don't Offer Recycling; Some in the City Want to Change That

Hiring Bonuses to Help Clean Up St. Louis, MO Appear to Be Paying Off