What do the waste-to-energy and real estate sectors have in common? In both, location is the key factor influencing the bottom line.  Although waste-to-energy conversion technologies continue to improve their efficiency, energy will always be worth more when it is in the right location. With rising energy costs and increasing concern over electric power reliability and sustainability, the potential for waste-to-energy operations to sell electric and thermal energy directly to energy consumers is increasingly attractive.  Located close to areas of dense, high-energy demand such as urban centers, some conversion operations are beginning to look at microgrids as a means of tapping into this exploding market.

What is a Microgrid?

A microgrid is an energy system comprised of local energy resources that generate and deliver electric and thermal energy to multiple users. Not all locations are suited to exploit the benefits of microgrids. Landfills, waste processing and recovery facilities far from substantial loads are generally not ideal candidates. However, a wastewater treatment plant in the heart of a city, surrounded by potential energy off takers is a promising fit for microgrid development, as is a hospital or hospital campus that considers processing its medical waste onsite to recapture some of those expensive tipping fees. In fact, many waste-to-energy operations currently selling electricity into the transmission queue at wholesale rates stand to substantially increase revenue by selling energy to nearby consumers over a microgrid—at retail rates.

Consider gasified waste, a particularly rich source for energy generation (see “Gasification of Refuse-Derived Fuels for Lower Cost, More Efficient”: Waste Advantage Magazine, March 2011). A microgrid is a powerful tool to ensure that generation resources—such as fuel from gasified waste—are optimally exploited. By maintaining a connection to the local utility feed, a microgrid treats utility grid power as just one of the available power resources at its disposal. Typically, it will employ combined heat and power (CHP) to maximize generating efficiencies. By capturing and delivering the thermal energy generated in the process of electric generation, a microgrid with CHP can achieve efficiencies around 80 percent, far better than the national average of generation efficiency—only 33 percent. Microgrids make it possible for energy users to buy locally generated energy, both thermal and electric, directly.

For companies in the waste-to-energy business, the economic difference between retail rates for energy sales instead of wholesale revenues is profound. Still, the majority of waste-to-energy projects today are limited to wholesale revenues from electricity sales.  For example, in the Mid-Atlantic region these wholesale revenue streams closely parallel the average locational marginal price (LMP) set by the regional transmission operator (PJM). Wholesale electric rates in PJM have averaged around six cents per kWh over the past five years. But most retail rates for the same period and the same area are more than double that rate.

This gap between wholesale and retail rates represents a significant lost opportunity for waste-to-energy projects who cannot access retail electricity customers. Translating this lost opportunity into more specific numbers, consider an MSW gasification project processing 200tpd of MSW, producing 5 MW of CHP capacity. Such a project would stand to make up to$4 million in additional annual revenue by capturing retail rates (see Figure 1). For existing or proposed projects with modest revenue streams, project financials can receive a substantial boost with the microgrid approach.

With such clear and substantial benefits, one would expect to see microgrids everywhere. But despite the compelling economic and environmental advantages of the microgrid approach, the market has remained stunted. A key barrier to microgrid development, and to distributed generation in general, has been interconnection. Utilities have traditionally said “no” to local power generation projects at the distribution level— and for good reason.  The safety and operational guidelines and protocols that utilities have to follow have not been adequately addressed by existing interconnection approaches. The grid was built with top-down, one-way power flows in mind and today’s distribution systems are not designed to accommodate ‘sideways’ power flows from distributed energy resources. Though interconnection hasn’t been an issue for smaller projects, nor for projects that can connect directly to the substation or at transmission level voltages, it excludes the vast majority of the potential market and removes the ability to sell power directly to consumers at retail.

In addition to the technical barrier of interconnection, regulatory issues have also hindered microgrid development. This is especially the case when a planned microgrid encompasses multiple facilities separated by public rights of way. In many jurisdictions, distribution utilities enjoy a monopoly on the right to run electric wires across streets or other public areas.

However, these regulatory obstacles to microgrids are being steadily cleared away. Many States have recently passed or introduced enabling legislation empowering local communities to pursue microgrid-style energy developments. For example, in Connecticut enabling legislation was passed allowing cities and municipalities to create Energy Improvement Districts (EIDs). Similar to a Business Improvement District, EIDs allow clusters of energy consumers to come together as a co-op where member-customers buy energy that is produced and delivered by the co-op. The EID makes it possible for you to sell your product—energy from waste recovery—directly to retail customers, regardless of whether or not its produced ‘onsite,’ located down the street or a short distance away. In other states, distribution utilities’ monopoly on owning distribution wires is being relaxed. The regulatory groundwork for enabling organizational configurations like EIDs is already in place in the form of electricity co-ops.

While the regulatory roadblocks to microgrids are receding, new technical approaches to interconnection are coming online. New interconnection solutions for microgrids and distributed generation leverage the combination of large power electronics now coming onto the market, plus new control software, making it possible to deploy inverter-based non-synchronous parallel microgrids. Designs like these remove synchronization, fault current and safety issues from the interconnection debate entirely, satisfying traditional utility constraints.  These new interconnection solutions make microgrids far easier to build and operate. Unlike traditional parallel interconnections, when the grid goes down, the microgrid stays up (with no switching required). These inverter-based approaches improve power quality and reliability for customers, while simultaneously eliminating the expensive requirements of “utility-grade power” when moving electricity within or between microgrids. Furthermore, such technologies offer improvements in the efficiency of any rotating machinery on a microgrid, such as engines or turbines. And as a bonus, these technologies contribute to the stability of the utility grid, allowing dynamic VAR control, frequency and/or voltage regulation services to be sold back to any utility willing to pay.

The subsidence of long-standing regulatory impediments, coupled with the recent availability of new interconnection technologies, allow waste-to-energy businesses to consider microgrid development as a promising strategy to capitalize on prime locations.  Microgrids and supporting organizational frameworks like EIDs enable local power resources to be fully exploited through increased operational efficiency and the ability to sell and deliver both thermal and electric energy to nearby customers at retail rates.  Supporting technologies have reduced the time, cost and complexity of interfacing with the utility’s distribution grid through a straightforward plug-and-play process. With rising power costs, increased concern over power reliability and sustainability, waste-to-energy projects leveraging microgrids are well positioned to play a significant role in this exploding, dynamic market.

Jack Conway currently serves as Director of Government Relations at Pareto Energy (Washington, DC), having joined the team shortly after the company’s foundation. In his current capacity, Jack serves as one of the primary regional government liaisons, advising the District of Columbia Council and numerous federal agencies on energy policy and industry trends. He also leads the coordination and execution of Pareto’s communications and public relations strategies. Jack can be reached at (202) 973-6440 or via e-mail at [email protected] 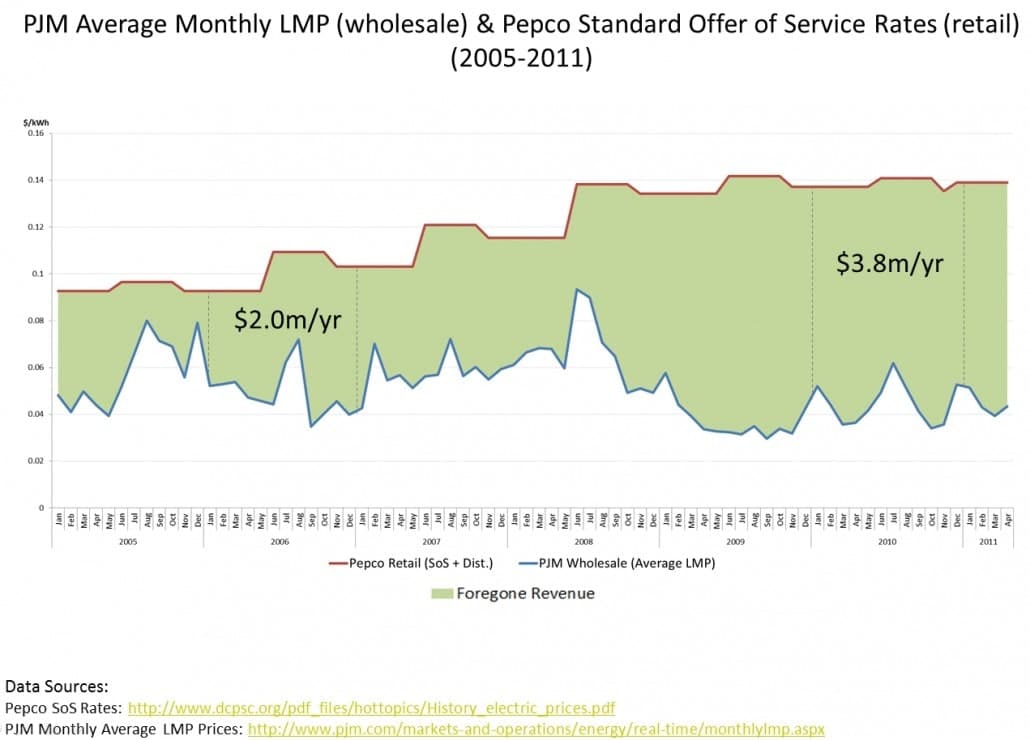 Benefits of a Microgrid