With 21 percent of waste streams consisting of food waste, organizations across Tennessee are using a multipronged approach to reduce food waste and help provide food security, steps that have multiple benefits for society and the environment.

Thirty-three million tons of wasted food is disposed of annually in U.S landfills. According to the Environmental Protection Agency, food waste is the highest component in waste streams at 21 percent. Organizations across Tennessee are using a multipronged approach to reduce food waste and help provide food security, steps that have multiple benefits for society and the environment. In 2013, Tennessee Department of Environment and Conservation’s Division of Solid Waste Management reported Tennessee counties diverted only 15.88 percent of food waste from landfills through composting.  Composted material from residential, commercial, industrial and institutions totaled 141,085 tons leaving 747,394 tons of food waste to be landfilled.

Food waste in the U.S. occurs at an alarming rate. Based on a report from the Natural Resources Defense Council (NRDC), each month more than 20 pounds of food per person will not be consumed. Although the U. S. receives ample yields from a robust food producing infrastructure, 40 percent of production will not be consumed. This loss is valued at a staggering $165 billion annually. Of this amount, $40 billion is from household waste, with $750 million per year spent on disposal cost. Decomposing food waste in landfills contributes up to 25 percent of methane emissions, a harmful greenhouse gas.

Businesses donating food to non-profits realize savings both through tax incentives and in reduced solid waste costs. The food donations allow the receiving agencies to leverage their limited funds to purchase other goods and services to benefit their clients.  Local governments also realize a benefit by saving landfill capacity and reduced production of landfill methane.

Across Tennessee non-profits, grocers, and restaurants are forging partnerships that are improving ease of participation and increasing the amounts of food collected.  With demand for food rising and industry food donations decreasing, area grocers, including Kroger, Wal-Mart, Food Lion, Sam’s Club, Trader Joe’s, Whole Foods, Target and others, forged an arrangement with Second Harvest Food Bank. The agreement allows for the collection of food that is close to the “sell by” date.

In East Tennessee, Food to Donate, LLC, a Knoxville-based charity, provided 780,154 pounds of food to 148 non-profit agencies in Tennessee through donations received from 328 partner stores, restaurants and businesses in 2013.  Their effort was the result of a partnership between Food Donation Connection and partner restaurants including Pizza Hut, Red Lobster, Olive Garden, and Yum! Brands Inc., Kentucky Fried Chicken, Taco Bell, Cracker Barrel, the Cheesecake Factory, Longhorn Steakhouse and others.

Reducing food waste is important for many other types of organizations. Vanderbilt University Campus Dining accepted the challenge and has incorporated several sustainable food and waste reduction practices into their operations.  Most notable are donations of unserved portions to Nashville Rescue Mission. Sometimes creativity is needed. For the past two years, Vanderbilt’s Sustainability and Environmental Management Office (SEMO) in conjunction with the Chancellor’s Office has donated large quantities of leftover strawberries from a commencement reception event called “Strawberries and Champagne”.  The strawberries were donated to the Nashville Zoo in 2013 and again to the zoo and Walden’s Puddle in 2014.  The berries were immediately collected following the event and transported by Vanderbilt staff to ensure they were in good condition to feed zoo animals.

Tennessee Department of Environment and Conservation

Proper planning and creative menu planning can also reduce food waste.  Tennessee Department of Environment and Conservation conducted a recent review of State Park restaurants using the LEAN process.  The review identified planning and process strategies to save staff time in food preparation and cut food waste.  Dry storage rooms were reorganized, ordering systems improved, and menus changed.  The restaurants proudly feature catfish on the buffets several days a week, but determined that large quantities were being wasted.  A new fish cake recipe was introduced to the menu that incorporated previously prepared catfish to create a new dish and avoid waste.

A sustainable practice used by the Tennessee Department of Correction is TRICOR’s “Cook-Chill” program that began in July 2010.  The 93,000 square foot food processing plant serves Tennessee’s correctional system that includes 11 facilities and annually produces 22 million meals.  Large quantities of food are cooked and then quickly chilled and stored in pre-sized containers under precisely controlled temperatures. When needed, the right amount of food is shipped to a requesting facility, thereby reducing waste as compared to conventional bulk food purchasing and preparation. Since “Cook-Chill” operations were implemented, food costs have been reduced, nutritional quality has improved, and less food is wasted.

Although many Tennessee organizations are making strides to reduce food waste, massive amounts of edible food are still being thrown out daily by businesses, entertainment and food service groups, stores, and consumers while there are many in need. Sustainable choices and actions are gradually being taken by community partners to help save food and natural resources.  However, with more to be done to conserve resources, it’s a different kind of food fight to be environmentally sustainable.

Harold W. Madison is an Environmental Protection Specialist for the TDEC’s Office of Sustainable Practices, working in the Sustainable Communities program. He has Bachelor of Science degree in Civil Engineering from Prairie View A&M University and may be contacted at  (615) 532-0097, e-mail [email protected] or visit www.tn.gov/environment/sustainable-practices.shtml. 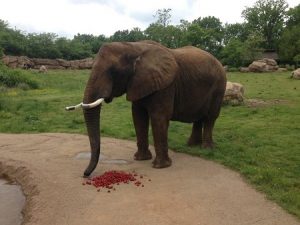 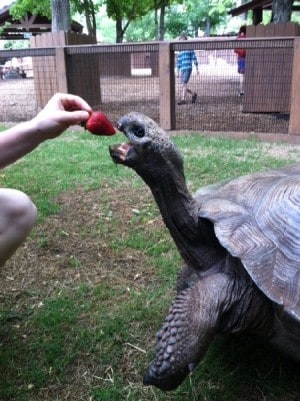 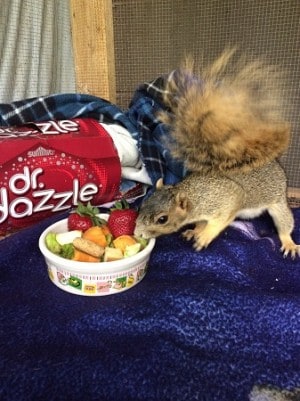 The True Value of Food

Nationally, with only 10 percent of income spent on food, it is difficult to convince consumers of the true value of food as compared to the ease of throwing it away.  In an article entitled “The Dating Game”, Dana Gunders describes at length how the use of terms like “sell by”, “use by”, and “best before” confuses the issue of food safety and encourage consumers to dispose of food that is still usable.  Also, fantastic deals such as, “buy one, get one free” and conservative “use by” dates often lead to a waste.

Many of the tactics employed by business and institutions are applicable to families.  To help avoid food waste, everyone can make small changes like being a savvy shopper to plan meals in advance, being willing to buy and use “funny” shaped fruit and vegetables, and designating an “eat leftovers” day to use up items in the refrigerator.  Non-perishable items that were purchased on impulse that will not likely be used can be donated to local food pantries.