The growth in EfW plant capacity is leading to a corresponding increase in the generation of air pollution control residues, making it one of the fastest growing waste sectors in the UK.

Energy from waste (EfW) is an exciting industry to be in right now in the UK. As pointed out by Euston Ling and Dr. Adam Read’s article “The Shifting Landscape for Renewable Energy in the UK” (Waste Advantage Magazine, June 2011), the EfW capacity in the UK is set to grow strongly in the next 10 years, with some commentators predicting a three-fold increase in EfW capacity from the current 4 million tons per year to 12 million tons per year by the year 2020. This spectacular rate of growth is driven by a combination of tighter environmental regulations in the EU, which are forcing a higher diversion of waste away from landfill, and the move towards greater use of renewable energy. It also reflects the fairly low starting point of the UK, which historically has lagged behind many other countries in the proportion of wastes that it sends to EfW facilities.

This growth in EfW plant capacity is leading to a corresponding increase in the generation of Air Pollution Control (APC) residues, making it one of the fastest growing waste sectors in the UK. For example, the amount of APC residue generated in the UK from municipal solid waste (MSW) alone rose from around 170,000 tons per year in 2006 to around 190,000 tons per year in 2009, while the proportion of MSW being incinerated rose from around 7 percent to 12 percent over the same period.

APC residues are generated in the exhaust gas cleaning systems of EfW plants and typically represent 2 to 5wt percent of the input waste material. They are a highly alkaline hazardous waste, containing volatile heavy metals, dioxins, furans, chlorine and a high soluble salt content, which means they are classified officially as ‘hazardous waste’ in the EU. As a result, unlike bottom ash from EfW plants and fly ash from more traditional coal-fired power stations, much of which can be processed into aggregate or used as fillers for concrete, APC residues are generally disposed of in hazardous waste landfill.

The problem with this solution is that landfill is increasingly unsustainable and legislation has moved to reinforce this. Not only has this led to a large reduction in the hazardous waste landfill capacity in the UK, but it will also result in landfill taxes rising year by year until they reach £80 ($125) per ton by 2014, with plenty of evidence they will keep on rising beyond this point. As a result (and perhaps somewhat ironically), the very regulatory and landfill tax incentives that have made EfW plants more economically favourable are the exact same ones that are also making it more difficult and expensive to landfill the APC residue they generate.

All these factors together mean that, unless changes occur soon in the treatment of APC residue, the remaining hazardous waste landfill volume in the UK will be consumed by the APC residue generated in EfW plants well within the time span of what has been regarded up to this point as typical long term contracts for APC residue disposal. Consequently, there has been a strong growth of interest in alternative, non-landfill disposal methods that would enable operators to preserve their dwindling landfill capacity wherever possible, and especially in techniques that move the treatment of APC residue up the waste hierarchy from disposal to recycling and recovery.

Of course, the UK is not the first country to embark on this philosophical and regulatory journey from disposal to recovery. As far back as the mid 1980s, Japan incinerated more than 70 percent of its waste in response to the acute shortage of land available for landfill. This available landfill volume has continued to decline over the years and so it is not surprising that Japan turned to non-landfill methods for treating the waste arisings from its own EfW plants earlier than most other countries. One of the most important approaches is this respect was the use of high temperature processes to vitrify the ash and in particular, plasma melting technology.

Plasmas come in a wide variety of types, but fluorescent lighting and arc welding are probably the most common. These ubiquitous technologies typify the low-pressure and high-pressure (or ‘thermal’) forms of plasma respectively and it is the latter that has been used for APC residue treatment.

Like arc welding, the heart of most thermal plasma processes is an electric arc struck between an electrode and a workpiece in the presence of a flowing gas that acts to stabilise, shield and direct the arc towards the target. What has helped arc welding become such a feature of industry today is its winning combination of intense heat operating at normal atmospheric pressures in a highly controllable and extremely flexible manner—features which are shared by thermal plasma processes in general.

This attractive mix of properties means that thermal plasmas have been used for a huge range of high-temperature industrial processes, including in many environmental applications where the ability of the intense heat of the plasma arc to melt, vaporise or gasify the various components of waste materials has enormous benefits.

However, it is not that wastes are simply rendered less hazardous prior to disposal. Instead, plasma processes are making it possible to recover products of value from wastes to the point where the vast majority of the original feed stream is recovered as a product, leaving just a small fraction to be disposed of as a waste; in this sense, these facilities should be regarded not as waste treatment plants, but rather as ‘recovery from waste’ plants. Not only does this maximise plasma’s ‘green’ credentials, but it also provides additional sources of income for the operating company which further enhances the economic attractiveness of the waste treatment process.

Between November 2005 and May 2009, Tetronics Ltd, a world provider of DC plasma technology, and Imperial College London led a £2.4 million (about $3.3 million) collaborative project, part-funded by the UK government through its Technology Strategy Board, which developed a new plasma-based solution to the APC residue disposal challenge based largely on Tetronics’ experience in the Japanese ash melting industry. The project was run in partnership with UK incinerator operators Veolia and Grundon, environmental consultants Enviros, Hampshire County Council, and industrial symbiosis companies Akristos and Ballast Phoenix.

The treatment process developed by this work is shown schematically in Figure 2. Raw APC residues are blended with other selected wastes to ensure the resulting slag has a low melting point and a tendency to take on a glassy form once solidified. The blended feed, which consists of typically 70 to 90wt percent APC residue is then fed into the plasma furnace at a constant rate.

The plasma furnace (see Figure 3) consists of a refractory lined vessel similar in construction to an electric arc furnace, with a graphite electrode as the plasma device. The electrode is hollow to allow the passage of a stabilising plasma gas, usually nitrogen. The electrical power for the arc is provided by the plasma power supply, which converts the incoming AC voltage supply into the controlled DC supply required for the plasma; as with normal polarity welding, the molten bath is the anode of the circuit and the graphite electrode is the cathode.

The plasma arc attaches onto the surface of a molten bath of slag, which floats on a layer of liquid metal in the bottom of the plasma furnace, both of which are typically at 1400 to 1600°C. The blended feed falls onto this molten bath, which causes the moisture and volatile species (e.g. organics, metals and metal halides) to vaporise; these are drawn off into the exhaust gases at around 1200°C before passing through a thermal oxidiser to the gas cleaning system. The remaining non-volatile components (mainly metal oxides) either melt into the slag (typically 80 to 90wt percent of the blended feed) or are reduced to free metals by the residual carbon in the APC residue and collect in the metal layer below. A small proportion of the blended feed is carried over into the exhaust gas and is collected in a filter by the gas cleaning system as a Secondary APC (SAPC) residue. However, in contrast to fuel-air based heating systems, gas flows in plasma processes are typically very low and therefore the plasma system SAPC residues account for only around 0.1wt percent of the original biomass fuel. The exhaust gases are then cleaned of acid gases before compliant discharge to atmosphere. In cases where chlorine levels are particularly elevated, it is possible to collect the chlorine as hydrochloric acid in the gas cleaning system for sale as a pickling acid and similar industrial uses. The glassy slag known as Plasmarok, (see Figure 4) that is generated from the process captures the heavy metals etc.

Tetronics APC residue plasma treatment technology has already been selected for inclusion as part of a new biomass power plant in Peterborough in the UK (see EnergyPark Peterborough Extract sidebar) and discussions with several other groups wishing to take advantage of the technology are at an advanced stage. As described by Darden Copeland in “NIMBY and Building Local Political Support” (Waste Advantage Magazine, August 2011), winning over local authority decision makers and the local community is a crucial step in ensuring the success of any proposed waste treatment plant in the U.S. these days. In a similar fashion in the UK, the positive impact on planning permission of the large reduction in ultimate hazardous waste emissions for the EfW facility as a whole as a result of using plasma is proving to be as important as the clear operating cost benefits of the technology. With the growth of this sector set to continue and the increasing stringency of environmental regulation, it seems certain that many more commercial APC residue plasma treatment plants will be installed in the coming years.

Dr. Tim Johnson is Technical Director for Tetronics Limited (Swindon, UK) As Technical Director, he focuses on plasma and engineering, particularly in the areas of waste reuse/recovery and clean heating. Tim obtained a Ph.D. from the University of Birmingham in 1990 before spending eight years as a research fellow operating and coordinating the work of the university’s large plasma melting facility. Since joining Tetronics, he has focused on technology development and the delivery of commercial plants. Tim is a Fellow of the Institute of Materials, Minerals and Mining. He can be reached at +44 (0)1793 238500 or via e-mail at [email protected]. 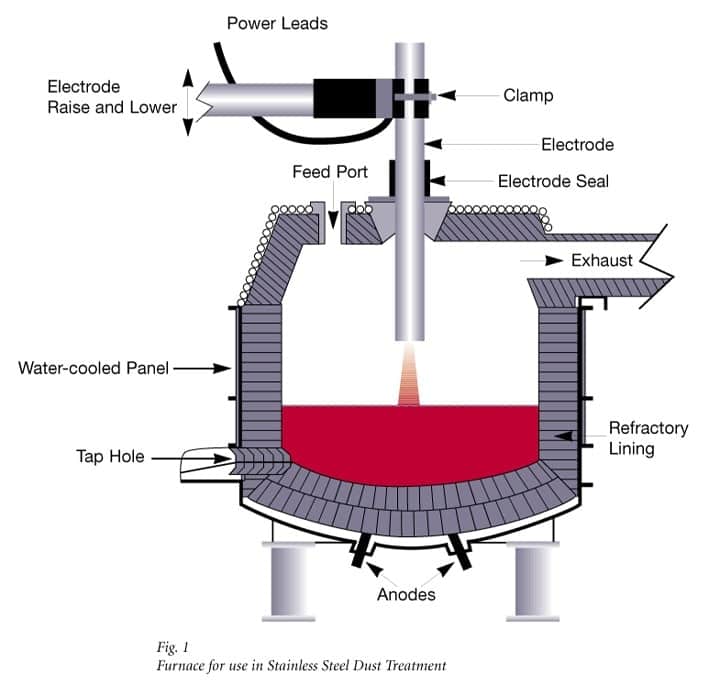 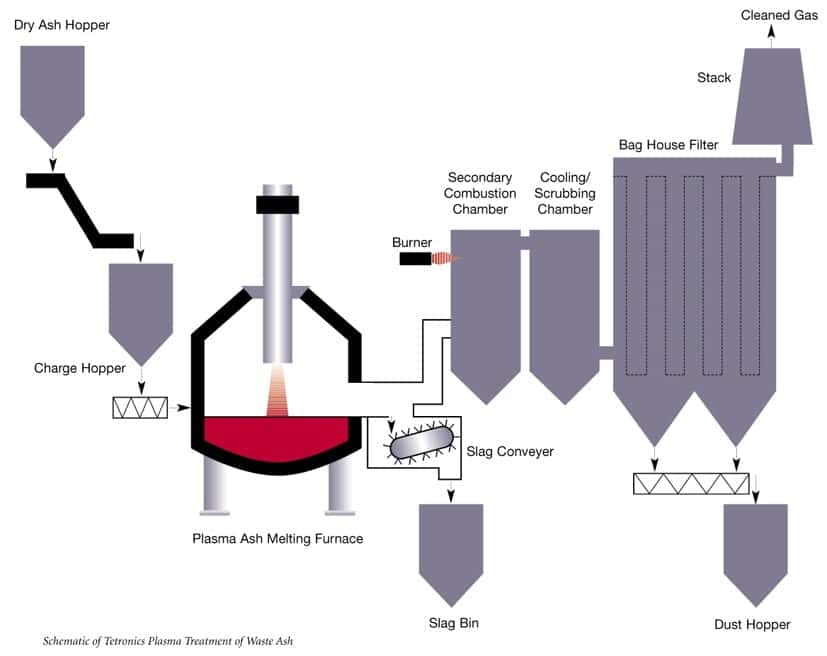 EnergyPark Peterborough UK, shown in Figure 1, is the first sustainable biomass power plant in the Europe. Managed by Green Energy Parks, it was granted consent by the UK Government Department for Energy and Climate Change (DECC) in November 2009. It will take in mixed waste and through a combination of recycling, gasification and plasma-enhanced waste recovery, recycle and remanufacture it, producing reusable products and renewable energy in the process. Tetronics will supply the plasma hazardous waste treatment technology. The unique and innovative application of this technology in the UK will turn the Fly Ash/Air Pollution Control (APC) residue generated from the Biomass Power Plant into bricks and tiles for the building industry. With this partnership, the EnergyPark model will revolutionize the European waste management sector, both environmentally and financially. Showcasing the success and effectiveness of this new combination of technologies, EnergyPark Peterborough, UK will:

EnergyPark Peterborough’s three-year construction process is due to commence in early 2012. 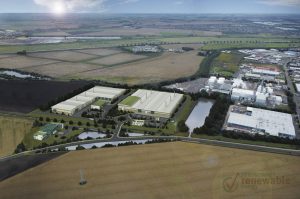 Plasmarok® is an inert product that meets the EU Waste Acceptance Criteria for inert landfills and hence can be used in a wide variety of applications in the construction and ceramics industries. Accounting for the overwhelming majority of the input waste mass, it qualifies as a product rather than a waste and in so doing offers the potential to increase the revenue generated from the process. 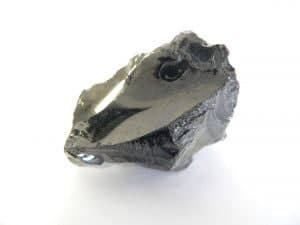 International: How can Biophilic Design Bring Employees Back into the Office?