The nation celebrates the week of June 17th as National Professional Waste and Recycling Workers Week. The earliest garbage regulation efforts began in 3000 B.C.  whent the first landfill was developed in Crete, where large holes were dug for refuse. SInce that time, sanitation workers have worked selflessly and tirelessly in all types of environments and at risk to themselves, to provide sanitation services to protect communities and residents, prevent disease and keep our communities clean, safe and beautiful. 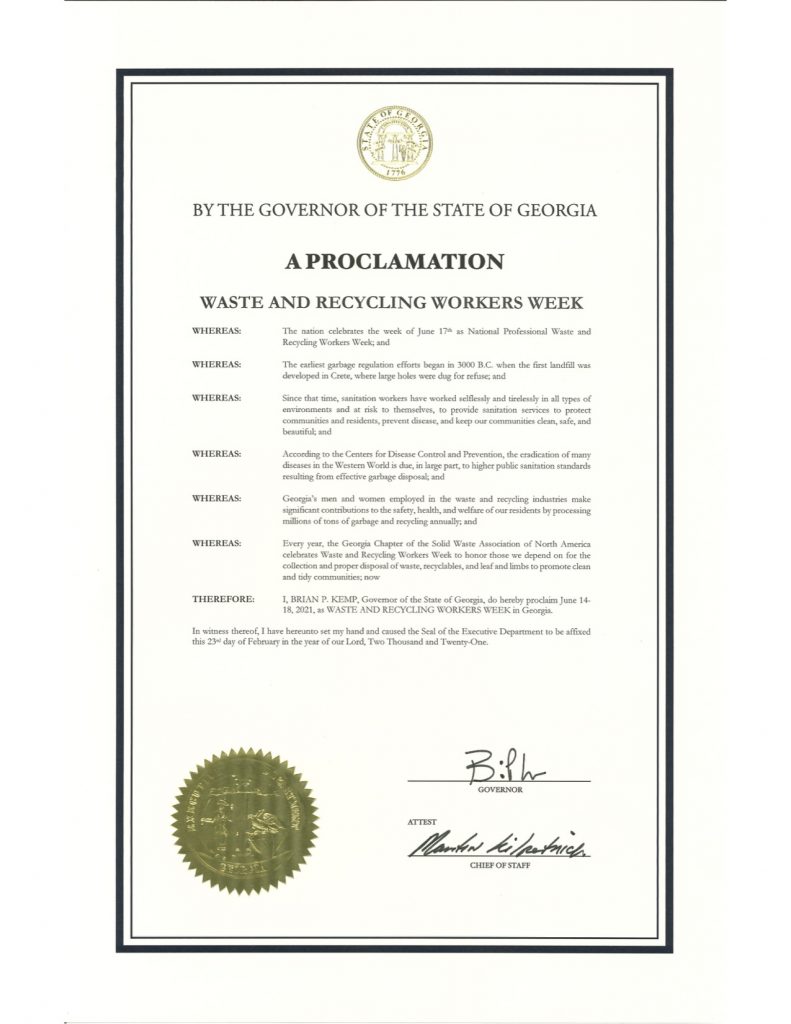 Georgia’s men and women employed in the waste and recycling industries make significant contributions to the safety, health and welfare of our residents by processing millions of tons of garbage and recycling annually.