As it is known, the harm of cars, which make our lives easier, to people and nature is undeniable. Gases from exhausts cause serious damage to both human health and the environment. It causes air pollution. Catalytic converters have been used for approximately 45 years to largely block these gases released into the atmosphere. 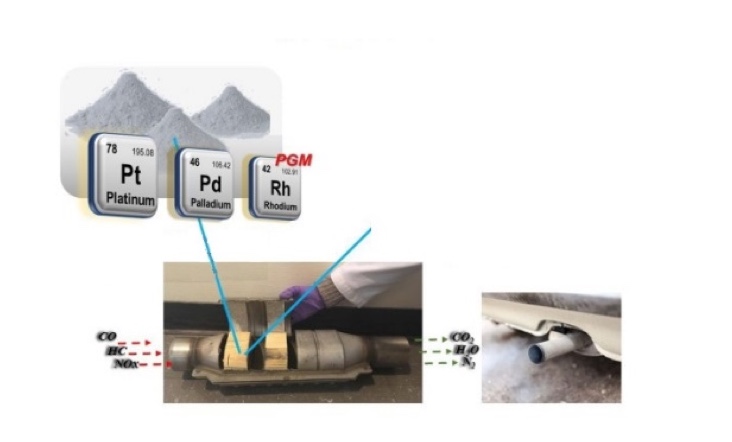 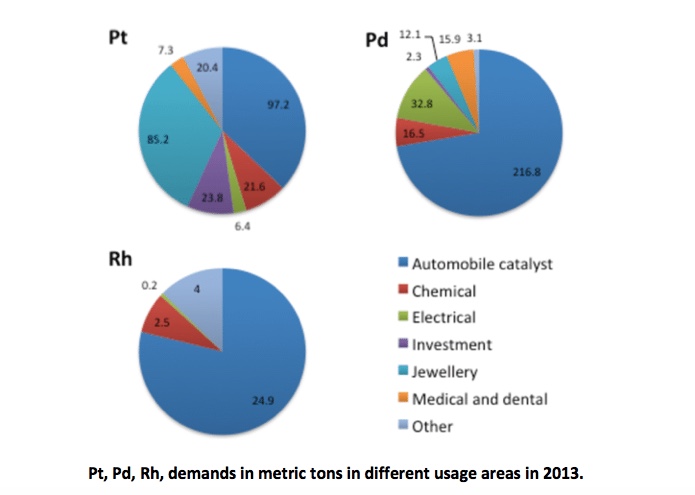 In the figure, as seen in the data in 2013, so much more than 50% of the use of platinum group metals in the world is in the automotive sector. With the ever-increasing world vehicle stock, platinum group metal usage is more common today. In addition to this, the increase in the number of scrap vehicles and the fact that each scrap car included a catalytic converter brought along recycling and recovery processes.

The amount of precious metal that can be obtained by processing approximately 360 kg of ore and rock from nature can be obtained by recycling one catalytic converter, which weighs about 1.5 kg. Recycling costs are lower than ore production costs and environmental awareness can be increased because it is possible to produce more by polluting less and consuming less.

What is the Value of Precious Metals?

How Much is a Gram of Platinum Worth?

Worth of Platinum metal is increasing with time as its shown on the table. It’s economic value never decreased as seen in the table last 20 years. So that’s meaning Platinum’s value is getting more important every day. Nowadays, platinum price per gram is around $31.

How Much is a Gram of Palladium Worth?

Considering the variability of the palladium value, although there was a decrease for a period, it did not cause a serious decrease in general. It is still valuable and its economic value continues to increase. Nowadays, palladium price per gram is around $72. 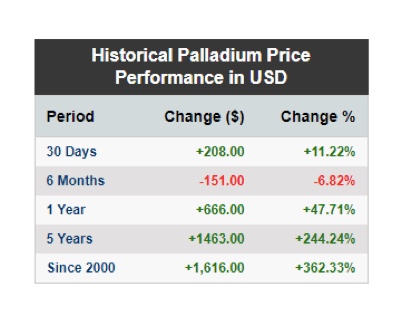 How Much is a Gram of Rhodium Worth?
Looking at the change in the value of rhodium in the last 10 years, although it has remained stable most of the time, it has increased significantly in the last two years. Nowadays, rhodium price per gram is around $287.

As Proses Makina Company, we provide to our customers all precious metals in the scrap catalytic converter recovery for economic gain with our high efficiency, last technology systems. You may see our process flowchart below. 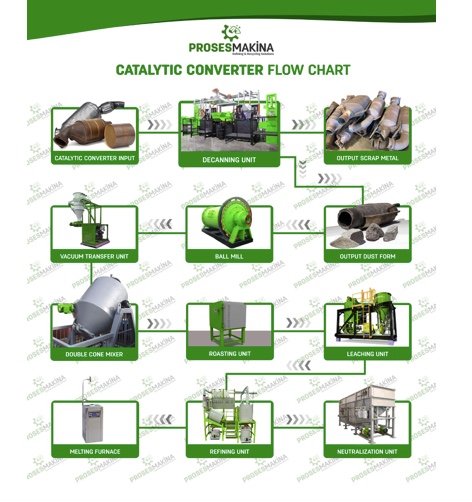 It’s important to recycle and it’s more important to use and have correct process, suitable machinery, high quality systems and trustable team. Also there will be waste gas and waste acid during the process, but they won’t be a problem because at Proses Makina Company, we already have a solution. All you need to think is how profitable and easy to amortize acatalytic converter recycling system. See, be aware, invest and earn economically.

Safiye Tanrıverdi is Project Engineer of Recycling and Refining Systems and a Metallurgical and Material Engineer for Proses Makina Company. She can be reached at [email protected].