In Canada, the Ontario government has been conducting an experiment in the province for the last two years.  Following the passing of the Resource Recovery and Circular Economy Act, 2016(RRCEA) and Regulation 225/18-Tires, the “scrap tire” industry effectively transitioned from a government program to the private sector.

From Public to Private: How the Tire Industry Shifted

Based on this law, end-of-life (EOL) tires were no longer viewed as waste; they became a resource.  Not only were tires now viewed as a potential raw material for other products, but the companies who sold them into the Ontario marketplace had full responsibility for their end-of-life collection, management and recycling.

This represented a dramatic shift from the government-driven “scrap tires program” under Ontario Tire Stewardship (OTS) to a new philosophy of “if you sell it, you’re responsible for it at the end of its life.” This model is called Individual Producer Responsibility, or IPR.  Ontario is the first province in Canada to move to an IPR model, and end-of-life tires were the first designated class of material to make the transition to an industry-owned framework. 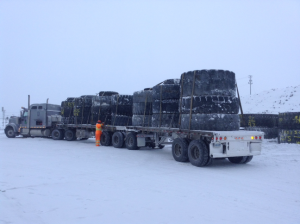 On January 1, 2019, the Tires Regulation (225/18) became the framework that governed the end-of-life tire industry in Ontario, regulated by the Resource Productivity and Recovery Authority (RPRA).  The regulation specifies legal responsibilities for all players associated with tire recycling.  Now, every company that sold tires into the Ontario market (including automakers, tire manufacturers, tire importers or manufacturers of equipment that includes wheels) became Producers, and each of them had individual responsibilities.

Beginning in 2019 each Producer was given a specific target related to the volume of tires they must collect and how much material from those collected tires needs to be recovered and recycled into new products or packaging.  The primary concern with this mandate was the fact that Producers are in the business of selling tires and equipment with tires – not managing a collection and recycling system to meet compliance obligations.

Enter Producer Responsibility Organizations (PROs), such as eTracks.  Producers are able to contract with private compliance companies established to assist them in meeting their regulatory requirements.  Although the Tire Producers are fully responsible for achieving their obligations, Tire Producers can structure contractual agreements with a PRO to help them establish and operate a collection system as well as manage resource recovery processes and report to the regulator (RPRA) on their behalf.

When the Tires Regulation came into effect, a new service industry was born and, as a result, six new PRO entrants appeared to service the approximate 450 Ontario Tire Producers.  PROs developed different business models and different value propositions all targeting different segments of the Producer market.  Once the individual companies with the legal obligations were teamed up with PRO service providers, the most difficult aspect of the public to private transition still needed to be addressed: the tire collectors, haulers and processors.

The End of Incentives and The Beginning of B2B 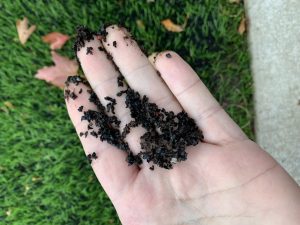 Prior to the IPR model of today, the goal of the OTS program was to build a scrap tire recycling industry in Ontario and to accomplish this, incentives were paid to the various participants. Between 2009 and 2018, tire shops and service centres (and any place that received tires) received a Collection Incentive; tire haulers received a Transportation Incentive to haul tires from collection sites to processors; tire processors (generally rubber crumb processors) received a Processing Incentive and recycled product manufacturers (RPMs) received a Manufacturing Incentive. But starting on January 1, 2019 incentives became a thing of the past. The industry moved into the realm of companies providing services based on established contracts.  There is no more ‘Program’ – just business relationships. This single concept was (and continues to be) the biggest change management hurdle in the industry.

Collectors, Haulers, Processors and RPMs were a part of a program for over 10 years that paid them on a ‘best-efforts’ basis.  If a hauler wanted to haul four days per month, it did so and would submit the paperwork and get paid for whatever it did in those four days.  If that same hauler wanted to work around the clock seven days per week, it was free to do that also.  They would submit claims to OTS and would get paid for what they achieved.  Under Regulation 225/18, the incentive payment model for piecemeal activities from one central organization (OTS) is a thing of the past.

Today, the industry has shifted to a structure whereby service providers are governed by business-to-business contracts with hauling and processing quotas, performance expectations, regulatory requirements and performance management measures should contractual terms not be met.  Companies are free to work with whomever they want to and are also free to cut ties with any service provider.  Again, there is no “scrap tire program” anymore.  Best efforts don’t cut it.

Under the OTS program the focus was on the service providers performing certain functions within the industry and receiving payment from the collective tire Stewards managed by a government-related organization. Under the IPR framework the focus is now turned upside down and the responsibility rests solely on the Producers – and they require regulatory compliance. That’s it.

All contracts that the Producer (or PRO on their behalf) establishes is in pursuit of compliance.  Producers now pay for certainty that various activities occur and can be proven. Every node in the end-of-life tire supply chain must be documented, traceable and auditable.  This begins at tires arriving at a collection site all the way through to the processed tires and constituent parts being used to offset new materials.  From the Producers’ perspective, they are paying for compliance within the regulation. From the service providers’ perspective, they are performing very similar activities to what they did under OTS, but they are being paid and measured in completely different ways.

Success in the New Model

So, how is the IPR model working out two years in? It depends on who you ask. Other than some additional effort required to report sale-to-market data, the Producers seem to have made the transition fairly smoothly (in large part to the fact that they can use PROs to help them with their regulatory obligations).  However, the response seems generally mixed from the service provider perspective (collectors, haulers, processors and RPMs).  Some have seen the new regulation as an opportunity to focus on service delivery and compliance excellence. However, many service providers continue to wonder why Producers/PROs are demanding so much from them; failing to realize that the focus is not on them performing functions in an industry, but rather them providing a contracted service to those with the legal obligation: the Producers.

Change takes time, and the industry is moving towards a IPR regulatory framework, but the results so far are very promising.  Based on the Resource Productivity and Recovery Authority (RPRA) 2019 annual report, 152,000,000kg (or 152,000 metric tonnes) of EOL tires were collected and available for resource recovery.  Additionally, the minimum Resource Recovery target of 85% was achieved.  This means that of the 152,000 tonnes of tires collected, over 129,200,000kg (or 129,200 metric tonnes) of material derived from the 2019 collection was used to offset the use of raw material in the production of new products.

So far, the Individual Producer Responsibility (IPR) experiment is working. The industry is performing positively, and the Producers are achieving the imagined outcome of the regulation. They are taking their responsibility for not just selling tires into Ontario but managing the end-of-life tires and converting them into source materials for other products and purposes.

Other material classes such as Batteries, Electrical and Electronic Equipment (EEE) have recently moved to an IPR framework in Ontario with Municipal Hazardous or Special Waste (MHSW) and Blue Box recycling coming into effect in the coming months and years.  Although these other materials bring unique issues to their implementation, the Tires IPR experiment demonstrates that Producers are able to show industry leadership; corporate responsibility; and significant environmentally beneficial outcomes.

Steve Meldrum is the CEO of eTracks Tire Management Systems, the largest Producer Responsibility Organization in Ontario.  Its clients include large multinational tire manufacturers, automakers and large tire importers and distributors.  eTracks was founded in 2018 and is a Canadian not-for-profit company based in of Oakville, Ontario.

US Department of Labor Announces Enhanced, Expanded Measures to Protect Workers from Hazards of Extreme Heat, Indoors and Out