Organics will continue to comprise a significant portion of the waste generated in the U.S. Diversion of this material from landfills will increase, as state mandates, public acceptance and demand for green energy increases.

In the 1967 movie, The Graduate, Benjamin Braddock, a recent college graduate, is told the future is Plastics. Fast forward to 2014, and that same college graduate would be told the future is organics. Organics is playing a progressively more important role in the solid waste industry, and this trend will continue for years to come. This article presents information on the contribution of organics in the municipal solid waste stream, the drivers behind organics collection and processing, the changing role of organics in collection and processing, and the future role of organics in energy-from-waste technologies.

Typically when we think of organics, we think of yard trimmings and food scraps. Other organic components of the waste stream include paper, manure, textiles, rubber, diapers and carpet. For the most part, food scraps and yard trimmings are the materials that are available, accessible and processible for composting and energy production.

According to the US EPA Waste Characterization Study, food comprises 21 percent of the disposed municipal waste stream, with yard trimmings making up 9 percent (see Figure 1). Recent statewide studies have also identified high percentages of organics in the waste stream. A comparison of organics waste composition in MSW from eight recent state-wide waste composition studies is shown in Figure 2. As indicated, the percent of yard trimmings in the disposed waste stream ranges from 3 to 10 percent, with an average of 5 percent in this sample. Food scraps composition ranges from 10 to 22 percent, averaging 15 percent in this sample of states.

A number of drivers are creating the incentive to divert more organics from landfills, including:

The following are a few examples of state initiatives that are fueling the demand for organics diversion and processing (see Figure 3):

A recent study by the Institute for Local Self Reliance collected data on the types and numbers of composting facilities operating in the U.S. (Institute for Local Self-Reliance, State of Composting in the US, 2012). This study revealed that although there are more than 4,000 composting facilities in the U.S., the majority of which (70 percent) compost only yard trimmings. About 350 facilities compost food scraps and many facilities operate onsite. For example, institutions, such as universities, prisons, etc., compost yard trimmings and some food scraps (see Figure 4).

The Future of Organics Processing

To achieve higher levels of recovery, more processing capacity is needed, particularly for food scraps. There is potential to add food scraps to some yard trimming composting facilities, although a number of challenges must be overcome including regulatory barriers, permitting and siting hurdles, and public perception and acceptance.

Interest in the development of anaerobic digesters (AD) for processing food scraps and yard trimmings is growing in the US. Europe is still the global leader in this area, particularly Germany. It is estimated that if half of this organic waste were anaerobically digested, enough electricity would be generated to power 2.5 million homes each year. The American Biogas Council projects that up to 12,000 potential sites will be ready for development and predicts that renewable biogas could displace as much as 10 to 15 percent of fossil fuel based natural gas consumption by 2023.

In Marina, CA, the Monterey Regional Waste Management District has operated their pilot research AD facility since March of 2013. The facility uses the SmartFerm AD technology, which is a dry, thermophilic process, and is capable of processing 5,000 tons of yard trimmings (30 percent) and food scraps (70 percent) per year. This system produced more than 308,000 kW of electricity in the first six months, or approximately 44,000 kWh per month.

In Perris, CA, CR&R Environmental Services, a municipal waste and recycling services provider, is presently constructing Phase 1 of their AD facility, using the Eisenmann technology, a dry, plug flow, continuous feed process. The planned facility is permitted to process more than 80,000 tons of organic waste per year in phase one and expand to process more than 300,000 tons per year in three additional phases, making it one of the largest anaerobic digestion projects in the U.S. Expanding on their state-of-the-art recycling processes, CR&R will integrate the new plant into their existing operations. Feed for the new system will include green yard waste and food waste. Overall, the AD plant is projected to generate approximately 1,000,000 Diesel Gallon Equivalent (DGE) of CNG per year.

Organics will continue to comprise a significant portion of the waste generated in the U.S. Diversion of this material from landfills will increase, as state mandates, public acceptance and demand for green energy increases. Existing capacity to process organics is not adequate to handle the types and quantities of materials generated. Improvements at existing composting operations and advancements in new technologies will meet the capacity needs, coupled with regulatory changes, financial investments and political support.

Michelle Leonard is Vice President and West Coast Director of Sustainable Materials Management for SCS Engineers (Long Beach, CA) and has 30 years of experience in environmental consulting and project management, with an emphasis in solid waste management planning and facilities. Michelle’s strong working knowledge of solid waste management regulations and practices has helped many city, county and state regulators to manage successful and award winning projects. Michelle is the Vice President of SWANA International Board of Directors and presents regularly at WASTECON. She is presently on the Southern California Founding Chapter Board of Directors. She is the Past Director of the Southern California Waste Management Forum and Past President of the Women’s Environmental Council. Michelle can be reached at [email protected].

Food comprises the largest percentage of disposed waste in the U.S. 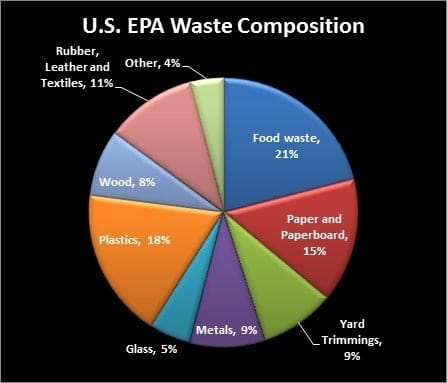 A number of drivers are creating incentives to divert more organics away from landfills. 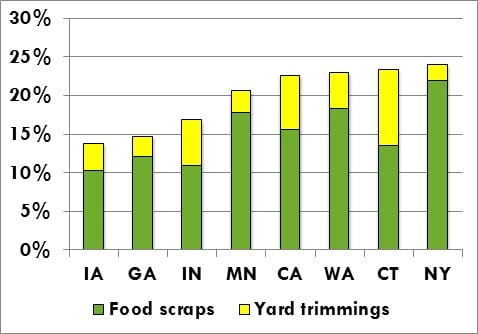 The demand for organics diversion is driven primarily by state initiatives. 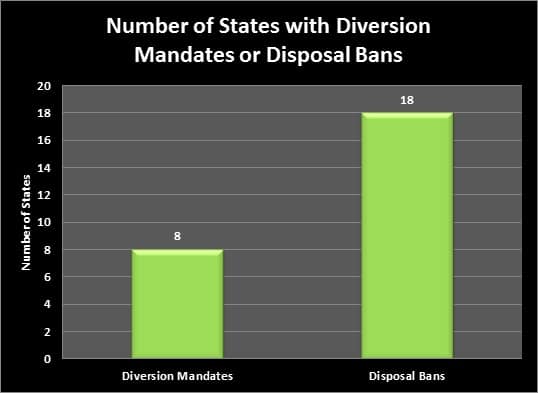 There are over 4,000 composting facilities in the U.S., 70 percent compost only yard trimmings. 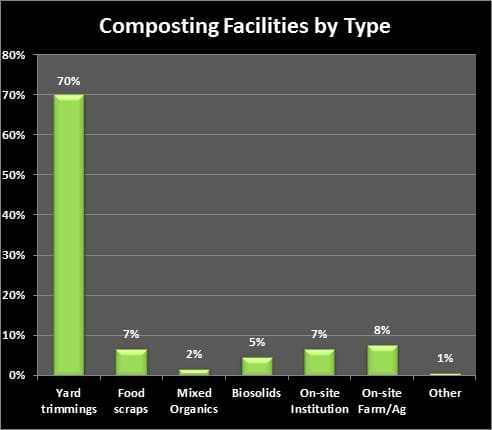 Several states have progressive programs, which incorporate organics into existing programs and facilities to generate compressed natural gas and electricity. 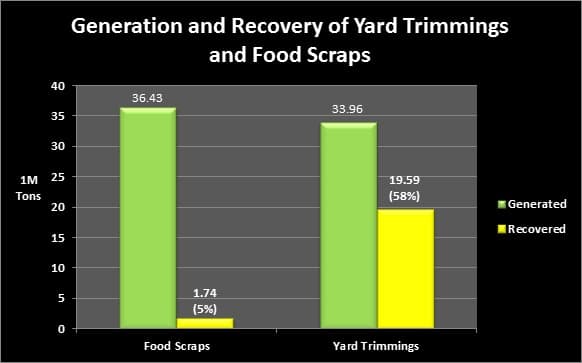 Figures courtesy of ILSR State of Composting in the US, 2014.

International: How can Biophilic Design Bring Employees Back into the Office?