By using a Vermistabilization Process to recycle the world’s sludge/biosolids, it may revolutionize the way in which many other types of organic waste are disposed. 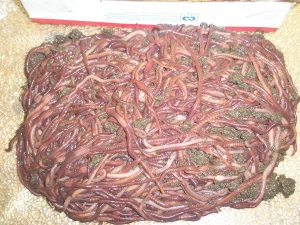 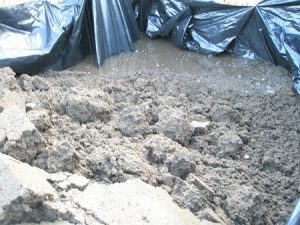 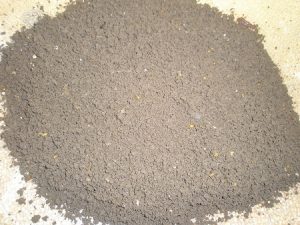 Vermistabilization is vermicomposting with a specific organic waste called “biosolids,” using redworms to eliminate or reduce pathogenic microorganisms to levels that meet EPA 503 Class A requirements.  The “Vermistabilization Process” (VS) was discovered by Dr. Roy Hartenstein in the late 1970s and scientifically proven in the U.S.A. in 1998 by Dr. Clive Edwards in Ocoee, FL.1 It was rejected by the EPA, not due to scientific findings but due to their inability to understand the methods of the mechanism used (redworm) and skepticism that it could be done consistently on a larger scale.

Vermistabilization is a complex mechanical and biochemical transformation of sludge achieved through the action of earthworms. When redworms eat decaying organic material, (microbes) a complex number of actions take place in which digestive enzymes consisting of colemic fluids with anti-bacterial properties destroy all pathogens in the waste biomass. The worms also devour protozoa, bacteria and fungi as food and then separate and process these, yielding both absorbable materials used by the earthworm—carbohydrates, fatty acids and amino acids and un-absorbable active ingredients—fulvic acids, humic acids and humins which makes up Humus (soil).  The worms mix the various microbial components together and then coat them with humus, which glues the particles together. Finally, this stabilized sludge is discharged as excreta (vermicast) which is rich in soluble forms of NPK (Nitrogen, Phosphorous and Potassium.)  The worms have a microscopically thin sac that lines the entire surface of the intestine and protects them from the toxins of microbes like salmonella, fecal coliform, enteric viruses and other harmful pathogens. The earthworms’ digestive process is an incubator for microorganisms. The number of bacteria and actinomycetes contained in the ingested material increases up to 1000-fold while passing through the earthworms gut. The resulting aerobic bacteria found in worms’ vermicasts (soil) is responsible for crowding out more harmful anaerobic bacteria that would otherwise cause diseases and kill newly forming roots in soils.

Applied to crops or plants at a 10 to 20 percent mixture, vermicasts increase plant growth up to 20 percent and root mass 150 percent. The large percentage of humic substances contained in the vermicast results in an increase in the percentage of soil carbon to soil, which provides the soil with excellent aeration, porosity, structure, drainage and moisture holding capacity. Additional benefits of these humic substances in vermicastings are their ability to remain on earth for up to thousands of years due to the large amount of soil carbon, (humic substances) they contain.

The National Sustainable Agriculture Information Service notes that erosion is the single greatest threat to soil productivity. According to a 2006 study published in Science, the loss of soil and water from US cropland decreases productivity by about $37.6 billion per year.6 Throughout the 1930s in America, agricultural plowing, together with the use of chemical fertilizers, reduced the amounts of soil carbon and resulted in the formation of dustbowls from the western fringe of the Midwest to the Atlantic Ocean. These areas of dry soil are again forming worldwide. Most recently is that which appeared in the wake of a sand-silt-clay-dust storm that pummeled Phoenix, AZ beginning July 6, 2011. Lost soil carbon from plowing, overuse of chemical fertilizers, flooding, fires and other disturbances also results in increased CO2 emissions into the air, thus contributing to global warming. Any reduction in soil carbon significantly increases the CO2 emissions from soil. Recent studies have shown soil respiration to have increased 0.1 percent each year from 1989 to 2008. With a global total of 98 billion tons, even a small increase can create a large impact.9

In short, a previous pathogenic, odorous waste is converted to a safe and valuable soil amendment that is rich in humic substances (soil carbon), chemical-free, loaded with readily available NPK, with the potential to significantly reduce CO2 emissions from three major sources: wastewater treatment plants, landfills and soil. This environmentally “green” solution also provides an alternative to the use of harmful chemicals in environmentally sensitive areas. With nearly 8 million dry tons of biosolids generated by over 16,500 wastewater treatment plants in the United States,10  loss of agriculturally productive land due to soil erosion and land development can be reversed by reclaiming lost agricultural lands and increasing productivity of existing agricultural soils through the addition of these Class A vermicasts.

Current practices to dispose of lower quality biosolids include: landfilling, land application, incineration, expensive thermophillic methods or chemical treatment. All of these methods are seriously flawed in different ways. Landfilling of biosolids is unsustainable and environmentally irresponsible, reducing the space needed for other solid wastes, and contributing to landfills being the largest anthropogenic emitters of greenhouse gas methane (CH4) in the U.S.4 Dewatering equipment and chemicals to process the biosolids, in addition to transportation, handling costs and landfill fees also make this method cost prohibitive. Land application of pathogenic Class B biosolids is also unsustainable due to its odorous nature, questionable hazards to public health, and public concerns that it is not safe or adequately monitored. While land application permits have soared in the past few years, the EPA’s monitoring capability of these practices has been seriously depleted over the same period by financial cuts and reductions in staff. Thermophillic methods, chemical treatments and incineration are extremely expensive and although they may result in Class A “Biosolids,” many beneficial properties have been destroyed in the process. In many cases these Class A biosolids (not vermicasts) are not marketable and it is hard to give them away, due to the public perception they may be harmful when inserted into the food chain.

Vermicastings, on the other hand are very marketable—demand for a quality vermicasting product sells for up to $7.00 per pound (Worm Power).5  In Avon, N.Y., Worm Power is converting 10 million pounds of cow manure to generate 2.5 million pounds of fertilizer through the use of redworms in a thermophillic process.8 Composting animal manure has the potential to reduce emissions of nitrous oxide (N2O) and methane (CH4) from agriculture. Agriculture has been recognized as a major contributor of greenhouse gases, releasing an estimated 81 percent and 70 percent of the anthropogenic emissions of nitrous oxide (N2O) and methane (CH4), respectively.7 Worm Power’s growth of 800 percent since 20108 is a testimonial to the demand for vermicasts for use in potted plants, sod production, vineyards, golf courses, and landscaping, to name just a few applications.

Vermicomposting has been successfully used in many countries, including England, France, the Netherlands, Germany, Italy, Spain, Poland, the U.S., Cuba, Mexico, the Bahamas, China, Japan, the Philippines, India and other parts of Southeast Asia, as well as Australia, New Zealand, America Samoa, and Hawaii, and many countries in South America.3  Many types of organic materials are used for conversion to soil including paper, cardboard, kitchen waste, livestock manure, poultry litter, crop residues and yard waste.

Vermistabilization of sludge/biosolids can be incorporated with biosolids as low as 3 to 4 percent solids, eliminating the need for belt presses, polymers, thermophillic equipment and lengthy composting times. Costs associated with specialized equipment, chemicals, electricity, and transportation and tipping fees are reduced and additional revenues from the sale of a valuable commodity are realized. Most of all, the process takes only days verses months, is environmentally beneficial, requires very little in start up costs and uses low skill labor to operate.

The key to the success of “VS” over a long-term period in a large-scale operation is in the management process. Previous attempts at certifying this vermibiotechnology in the U.S. have been few, and those that ultimately failed, did so due to a lack of knowledge concerning the management process. A recent setback is illustrative of this fact: after the first six months at the Cocoa Beach Wastewater Treatment Plant the worms did not seem to be thriving and were not producing cocoons as expected. There was a change in the moisture content and the way in which biosolids were dewatered—from a belt press to a centrifuge. This change also increased the amount and type of polymers used in the process. It was these polymers that adversely affected the health of the worms. When the belt pressed biosolids with the original polymer content was resumed the worms returned to their normal activities.

Many factors and variables are closely monitored to ensure every gram of soil is of a Class A quality. Knowledge of the proper ratio of worms to biosolids in a given space provides answers on how much to feed the worms, without the process becoming anaerobic, or the worms starving. The soil temperature, moisture content, acidity level, biosolids content and the proper harvesting methods all play a part in the health of the worms and their level of efficiency in converting the biosolids to a Class A quality on a consistent basis, regardless of the quantities converted. With the proper management, 1 acre of land can convert up to 25 tons of biosolids per day or 9,125 tons/year.

Redworms eat up to twice their weight in biosolids each day and become adults and are able to produce cocoons within six to eight weeks. Each worm is able to produce an average of two cocoons per week and it takes only three to four weeks for the cocoons to produce an average of four worms. The average life for a redworm is two to four years.  When worms die they become part of the decaying organic matter in the biosolids and are ingested by other redworms. Redworms are sold for $20 to $30/pound and there are approximately 800 to 1,000 redworms per pound. One ton of redworms requires approximately 2,000 sq ft. of living space and can convert more than 2 tons of biosolids per day depending upon indoor or outdoor conditions.

Future use of the Vermistabilization Process to recycle the world’s sludge/biosolids promises to revolutionize the way in which many other types of organic waste are disposed. Billions of dollars now spent on alternative thermophillic methods can be eliminated. Expensive and time consuming regulations pertaining to the land application of pathogenic biosolids and the need for the appropriate personnel to monitor these activities will no longer be required. Limited landfill space can be used more efficiently, with less organic wastes needed to be deposited in them. Use of this amendment rich in soil carbon will boost agriculture production and reclaim lost agricultural soils. The harmful effects of chemical fertilizers leaching into streams and rivers can be reduced, and soil erosion reversed. Dust storms are less likely to occur with increased soil carbon present. An entirely new vermiculture industry in the U.S. will be born promising to employ thousands of low skilled laborers to provide the tons of worms required to process the millions of tons of biosolids and other organic wastes. Significant reductions will occur in greenhouse gases from landfills, wastewater treatment plants, cattle and poultry manures as well as from poor agricultural practices that destroy the fertility of the soil. A revolutionary approach to waste disposal in America is long overdue and it’s time we invested in its future.

Jerry Scholder is Co-Owner of W.O.R.M.S., located at the Cocoa Beach, FL location, with Garland Easter who is located at the Elkton, VA office. Jerry has an extensive background in Sales and Marketing and earned a BS degree in Accounting from Marist College in Poughkeepsie, NY. In 2010 he was encouraged by Dr. Roy Hartenstein to pursue the science of vermiculture, specifically “Vermistabilization” as an alternative method for the disposal of Wastewater Treatment Plant sludge/biosolids. He has since converted over 20 tons of biosolids through the use of up to 400 pounds of redworms. He is presently attempting to obtain grants to finalize approval of Vermistabilization as meeting EPA Part 503 Class A certification. Jerry can be contacted at (540) 551-2486 or via e-mail at [email protected]. For more information, visit www.vermistabilization.com.