In addition to housing, transport and taxes, food affordability and food waste is a huge problem in developed countries, and it is a serious economic and environmental issue.

In today’s society, we are frequently faced with multiple changes, rules, regulations and demands from global sources. At the same time, we endeavour to meet societal and economic demands across the supply chain.

In an era of continuous growth, mass migration, high immigration to developed countries and urban areas, consumption is driven by marketing campaigns targeting migration and immigration trends. With this approach, along with a market dominated with minimal viable products and in an era of high production, citizens are experiencing increasing costs for:

The high costs of living are impacting millions of people all over the world and they are struggling to find enough food to eat. At the same time the agriculture and retail industry toss out millions of tons of food every year. In addition to housing, transport and taxes, food affordability and food waste is a huge problem in developed countries, and it is a serious economic and environmental issue.

We waste about 40 percent of our food. If the percentage of food we waste is surprising, then the actual waste figures are closer to staggering. 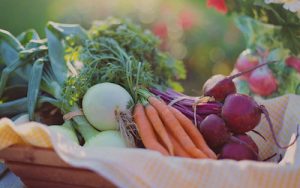 Not only is this waste of money, but this food also could have gone to people in need. The food waste from retailers and consumers in developed countries is more than enough to feed the world’s “food insecure” people. As global population growth continues at an average rate of 1.8% per year, this food waste problem is expected to become worse unless effort is made to change this. The UN and economic think tanks project that by 2030, the total cost of food waste could be as high as $600 billion globally.

To put the impact of food waste in context, consider these stats:

These numbers put the impact of food waste in perspective and highlights the Social Economic and Environmental problems of food waste.

Food Waste Mitigation
Food waste mitigation and food reuse is inconsistently regulated across the nation, with inconsistent, conflicting regulations and restrictions in place. Many food manufacturers, retailers, and wholesalers cite fear of liability as a primary deterrent to donating food. The use of food waste as animal feed has been commonplace for centuries. This practice declined in the 1980s, when state and federal laws tried to limit the feeding of food waste to animals following several disease outbreaks linked to animal products in livestock feed. Recently, there has been renewed interest in the practice of feeding safe, properly treated food waste to animals. The federal government regulates the use of food scraps in animal feed by setting requirements which largely concern the type of animals that may be fed food scraps and the kind of food scraps that may be fed to them.

A common and yet simple staring point to mitigate food waste is the issue of food best before and expiration dates. Federal regulations function as a floor that allows state regulations to go beyond, the lack of a national uniform system for food date labeling in the U.S., states enforce a variety of inconsistent date label regulations and as a result we see the rise in food waste.

Economic and Regulatory Impact on Food Waste and Costs
Over the last four years the private sector experienced high job losses and stagnant wages, while the cost of living continues to climb. The industrial sector is facing cutbacks and low growth, while all levels of government continue to cumulatively impose taxes at rates higher than inflation, the impact of higher taxes combined with fixed, low income and stagnant wages, increases the financial burden on citizens forcing them to seek additional social services support.

The vicious cycle of “tax and spend” is now impacting citizens ability to afford food, housing and energy. Before citizens can put food on the table, the costs of tax, insurance, housing, utilities, etc. comes off household income, leaving a majority of citizen with little funds left to cover the increase costs of food, and giving rise to a demographic now classified as food and energy poor.

Taxes and regulations are increasing the costs of food and giving rise to the need for food banks and other charitable organization to meet the needs of the household. Additionally, this under nutrition puts additional pressure on our health and social services systems.

The roles and accountability of government and corporations are to mitigate food waste and increase availability and affordability. To enable and support lower costs of food, we must not ignore the contribution offossil fuel and other sources of energy required to grow, harvest, transport, store, market and cook food. Taxing these energy sources will impact the costs of food and, as a result, put additional strain on our social services programs. The concept of wasting millions of tons (in America) or billions (worldwide) each year also means that all of the energy gone into the production of said food is wasted. Wasting energy and other resources and, in the end, discarding food while people go hungry or are food deficient has huge social, economic and environmental impact to our health, social services and waste management costs.

Every community has food shortage. However, we do not have a problem of shortage; it’s a problem of access, reuse, repurpose and redistribution.  With emerging digital and existing technologies, transparent processes, real time data, relevant policies, and adequate infrastructure the opportunities for “food redistribution” of excess food to reduce waste is huge.

In the USA three out of five kids remain food insecure, that is one in eight households according to USDA stats. Breaking these numbers down further, it translates into approximately 43 million people that are food insecure. Let us put it in perspective, this number is greater that the population on many countries.

In Canada, the numbers are not much different, one in eight households, over 4 million people including 1.15 million children are living in homes that struggle to put food on the table. In 2019 in Canada:

Moving forward, we need government, industry and people to collaborate and find ways to mitigate the waste and reduce the costs and increase the accessibility of food.

Dave Gajadhar is an Advisor, Speaker, Educator, and an Advocate for Human prosperity and resource optimization at Resultant Group (Edmonton, AB), business modernization, resource optimization and transition advisors. He can be reached at (780) 483-4800, e-mail [email protected] or contact through Twitter: @dgajadar.

Resultant Group helps companies to identify what matters to each of your stakeholders, participants and clients across your value chain. This enables your organization to optimize resources, monetize excess material and enable your sustainability reporting to convey the business’ unique story reflecting how your business is genuinely managed in a shared and circular economy. Join us at one of our regional workshops. Check out our schedule online at Resultantgroup.com and Companiesforzerowaste.com. Visit @ResultantGroup to learn more about advisory master classes.

Nearly 20,000 Pounds of Trash Removed from One of the Biggest Accumulations of Ocean Plastic in the World

Hiring Bonuses to Help Clean Up St. Louis, MO Appear to Be Paying Off

Many Big Apartment Complexes in Lansing, MI Don't Offer Recycling; Some in the City Want to Change That