After four years as landfill district manager for IESI Corp., Delaney Lewis was discouraged. Although one of the Louisiana landfills for which he was responsible

exhibited ideal geology, the soil characteristics were not conducive to side slope maintenance.

The soil of the LaSalle/Grant landfill was highly erodible, exhibited a high plasticity index, and had a natural pH of 4.0. Consequently, Lewis had spent every spring repairing the slopes, amending the soil with lime (four tons per acre), seeding, and hydro mulching, only to watch his hard work end up at the bottom of the landfill in sediment. He had tried everything he knew how to do, yet had failed at every attempt to rectify the problem. It became evident that success would require an unconventional approach.

Lewis and IESI South Region Engineer Mike Friesen asked industry veteran, Juene Franklin of Houston engineering firm Riley, Park, Hayden and Associates, Inc. if he knew of a solution. He directed them to a recently patented product developed to reduce greenhouse gas emissions and lower post-closure liabilities for states and landfill owners. Franklin thought the product, a synthetic turf system, could mitigate slope failures such as those IESI had been experiencing.

The turf’s grass blades are interlocked with ¾ to 1 inch of sand ballast, which, combined with the liner’s surface studs, provides sufficient interface friction that the structured geomembrane and turf layers do not require anchoring for stability; they are anchored for termination purposes only at the toe or on the outside of a perimeter swale, depending on the site design.

Rainfall penetrates quickly through the sand and into the high tranmissivity drain liner below. Hence, erosion energy resides in the structured geomembrane and not in the sand surface (see Figure 2).

The LaSalle/Grant Landfill sits on 232 acres 50 miles northeast of Alexandria, LA. Opened in 1991, it is owned by the local LaSalle government and operated by IESI. The landfill accepts 500 tons combined of municipal solid waste and industrial waste per day. The landfill’s current working area has a 65-acre footprint and side slopes that range from 3H:1V to 4H:1V.

The turf system’s 43-degree interface friction (more than a 3.0 safety factor against sliding failure) looked promising as an effective side slope stabilizer (see Figure 3). Lewis and Friesen were intrigued. “I felt we didn’t have any other options, so why not just try it,” said Lewis.

In October 2008, Friesen and Lewis oversaw the installation of the new turf system over 2.5 acres of landfill. The installation was fast and easy and it looked “just beautiful,” says Lewis. But he wondered whether a system so simple to implement could fix an intractable problem. However, the IESI team was intrigued enough by the initial results that in February 2009, the company moved on to phase two of the project, covering another three acres.

It was only when Lewis and his colleagues saw the cover in action during spring runoff that they became truly convinced of the turf’s ability to provide long-term erosion control. In the first year following installation, the covered are endured 73.5 inches of rainfall, including some in excess of 3 inches per hour. Three months after phase one was installed, a tornado spinning across the front of the landfill (about a quarter of a mile from the turf cap) generated 70 mph shear winds. Then a levee situated above the turf area broke, loosing 5 acres of water to wash across the turf. None of these events affected the turf. “The grass looks great; the sand didn’t move and there was no erosion,” said Lewis.

Two recent tests support these field results. Large-scale ASTM erosion tests subjected a 3:1 slope to the equivalent of 7 inches per hour of rainfall with virtually no erosion of infill. During wind tunnel tests, the material withstood winds in excess of 120 mph, without any subsurface anchoring of the material. “We’d been killing ourselves working and reworking these slopes and now it appeared we had a really good answer,” said Lewis. “After we put the turf down, we didn’t have to do anything again.” The turf system required no mowing, reduced leachate, emitted no fugitive gas, and stayed in place under extreme weather conditions.

It took a work crew about four days to install the first 2.5 acres of turf system. Even in the wettest season, turf can be installed in just a few clear days. There is no delay on cap performance while waiting for the grass to grow.

Installation has very little impact on the landfill, since there is no need for the use of heavy equipment.

Turf-covered areas require no maintenance and water run-off is clear.

The synthetic turf system exhibits high durability. The grass component maintains its strength long-term (see Figure 4) and has a 50-year plus lifetime; the 50-mil LLDPE structured drainage geomembrane lasts indefinitely if installed and maintained per the manufacturer’s instructions.

Estimated maintenance and soil cover savings range from $18,000 to $44,00 per acre per year, depending on the cost of soil, labor and supplies according to AgruAmerica, the turf’s manufacturer.1 Friesen and Lewis agree that IESI’s savings have been significant.

In 2010, Louisiana approved of synthetic turf system for a final cover, and Friesen is optimistic that other State officials will see the benefits of approving it also. “From an operational standpoint, if we can relieve some of the headaches that (our landfill operators) have to deal with; it makes sense regardless of the cost,” says Friesen. “Add the fact that the turf system provides environmental protection while saving/making money … why wouldn’t you use it?”

Alexandria Hayes is a freelance writer and President of Blue Moon Company, a marketing communication firm based in Nashua, NH. 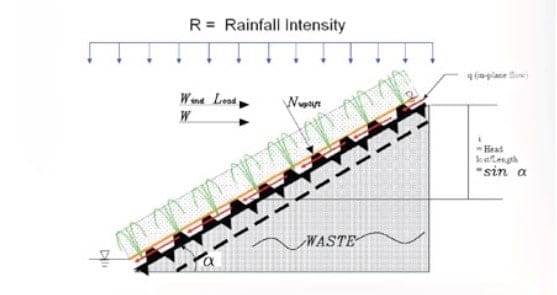 The synthetic turf system can handle rainfall intensity of up to 4 inches per hour. 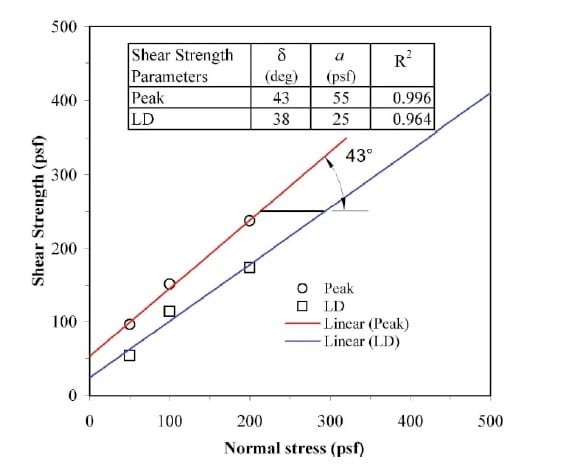 The synthetic turf system’s grass, tested under extreme conditions, is projected to retain nearly three times the required strength over its 50-year lifetime.